How to predict whether you will become bald

A glance at the scalp of you father will give you a first indication if you'll risk baldness or not. A look at your maternal grandfather’s hair, or the lack of it, gives you an even better idea of your chances of going bald. If both men have not much hair left, you will most likely follow their example. In this blog the genetics behind the heredity of baldness will be explained, so you can make an educated guess predicting your likeliness of going bald. 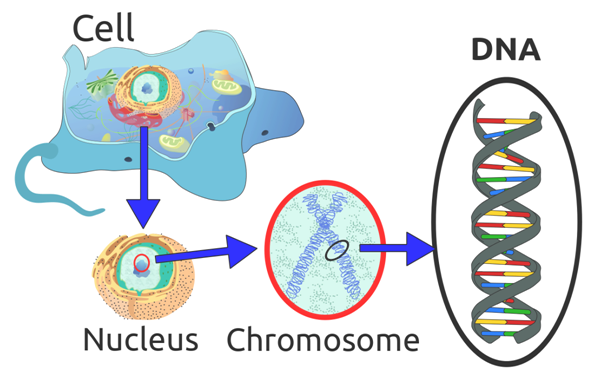 The genetics of baldness

Besides the X chromosome there are also other chromosomes influencing baldness. There are 11 other genetic sequences of varying importance identified so far located on various chromosomes. These genes all interact which each other, affecting male pattern baldness positively or negatively. More research needs to be performed in order to fully understand the relative effect of those genes.

The autosomal genes related to baldness can be inherited from either your father or mother. Since numerous autosomal genes are related to baldness, they can form pairs in many different combinations, meaning there is an unknown chance that your father’s baldness genes are effectuated. If your father or paternal grandparents are bald, you indeed have chance of becoming bald yourself, but it is unknown how probable this is.

However, since you only have one set of sex genes, the risk related to the baldness determining X-chromosome is concentrated. Therefore, you should watch your maternal grandfather’s scalp closely!