As soon as hair loss first becomes noticeable, the choice to fight it with caffeine shampoos such as Alpecin or Isana is quickly made. After all, these are well-known brands and easy to find in supermarkets or drugstores. Caffeine has a hair growth stimulating effect, so it seems a logical choice to incorporate it into shampoos. After all, drinking coffee to stimulate hair growth easily requires 60 to 80 cups of coffee per day. But how well do the well-known caffeine shampoos such as Alpecin, Ahuhu, Cien and Isana work? And are there alternatives? 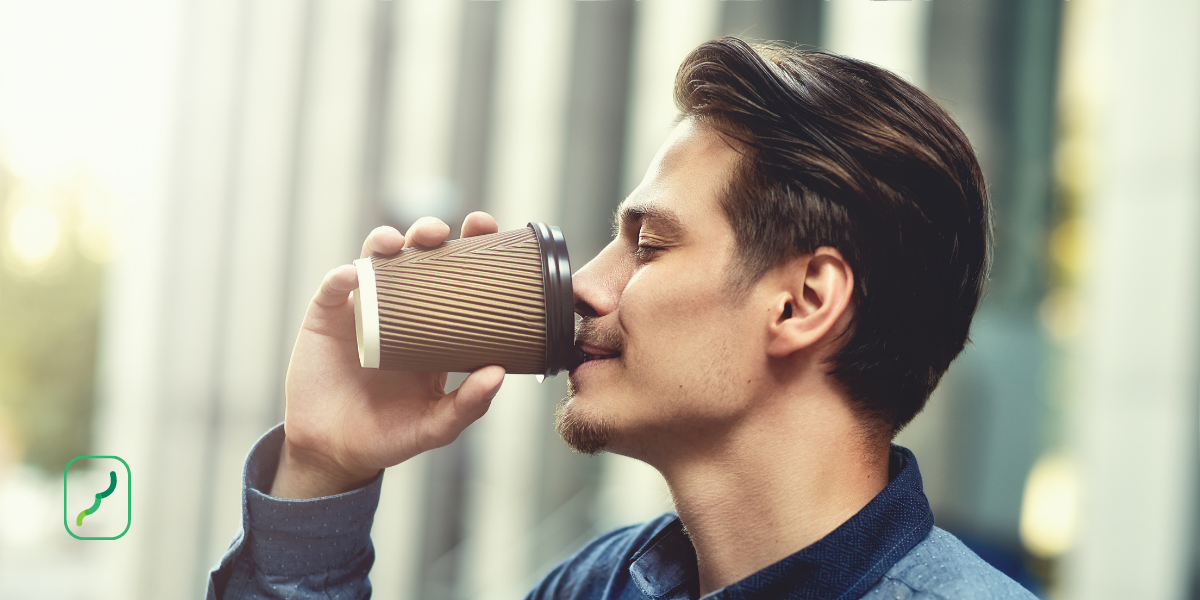 Research has shown that high concentrations of caffeine in the body reduce the concentration of dihydrotestosterone (DHT). This DHT-inhibiting effect is the basis for the claims that caffeine has a hair growth stimulating effect. DHT is the major culprit in the most common form of hair loss, or Androgenetic Alopecia. This is the hereditary form of hair loss, which approximately 70% of all men will eventually experience. Hair roots are genetically oversensitive to dihydrotestosterone. This breakdown product of the male hormone testosterone causes hair follicles to shrink, so that fewer hairs can grow. There are several ingredients with DHT-inhibiting effects such as Saw Palmetto, Ecklonia Cava and green tea extract. Caffeine is also one of them.

The most well-known caffeinated shampoo on the market is Alpecin. This shampoo can be found in most supermarkets and drugstores. The hair growth stimulating effect of this caffeine shampoo is based on research in which scalp samples were placed in a solution containing testosterone and caffeine. This proved that long exposure to caffeine has a positive effect on hair growth. However, it is not realistic to immerse your hair in caffeine for a long time. The effectiveness of caffeine in a shampoo is therefore somewhat different in practice than in the controlled environment of a test tube. Further research has shown that caffeine is well absorbed into the hair through the use of shampoos. However, this does not automatically lead to the claim that a caffeine shampoo also has a stimulating effect on hair growth. The dosage in the shampoo also plays a major role in its effectiveness.

In addition, shampoos such as Alpecin contain substances that can irritate the skin. In shampoos and similar products, a distinction is made between active and supportive ingredients. In a caffeine shampoo, predictably enough, caffeine is the active ingredient that is dissolved in other substances such as ethanol and propylene glycol to achieve the right ratio. There is also sodium laureth sulphate in the shampoo. This creates foam. But these three substances have an irritating effect on the skin. In addition, Alpecin contains menthol, which can also be irritating. De Haargroeispecialist has various hair growth stimulating shampoos in its range that contain caffeine as an ingredient. However for the shampoos from Neofollics, DS laboratories and Veta caffeine is not the main active ingredient. These shampoos tackle hair loss in multiple ways. Neofollics shampoo, for example, has several ingredients with a proven DHT-inhibiting effect. These are Ecklonia guinea pig, piroctone olamine and green tea extract. Veta contains the important vitamin biotin as well as caffeine as one of its active ingredients. These shampoos have also been included in our range because they do not contain irritants such as propylene glycol, ethanol and SLS.

Read more about 'Why a good shampoo does not contain SLS' here.

Getting to grips with your hair loss?

Request a free personal consultation from our specialists. We will gladly help you with advice on how to remedy or prevent your hair problem and which products you can best use for that purpose.

Daily use of camouflaging hair fibres What to do about seborrheic eczema Traction alopecia: hair loss caused by tightly styled hairstyles Going bald at 20 – What now? Transgender woman with hair loss? What are the options Hair loss because of weight loss? Help! Apart from weight, I am also losing hair Hair loss in people with frizzy hair Curly Girl method and hair growth Hair loss after corona? What to do How does beard oil work? Rogaine versus Linn Pharma What to do about frizzy hair? The best hair oil for your hair Can you make your hair grow faster? You spotted a bald spot on your head. What now? Flakes on the scalp, but not dandruff? How to best use minoxidil for women? Advice for when dealing with an itchy scalp Suffering from dry scalp? Dandruff in your hair, what to do? 5 tips for a fuller beard(growth) 4 steps to prevent dry and damaged hair Top 3 easiest treatments for hair growth 2022 Summer tips for your hair: useful tips against hair loss in the summer SugarBearHair Vitamins: do they work?