What to do about seborrheic eczema

Seborrheic eczema is a common skin condition that mainly affects the scalp. It causes scaly patches, red skin and persistent dandruff. It can also affect other parts of the body where the skin produces fat or oil, such as the face, nose, eyebrows, ears, eyelids and chest. It is easy to confuse with dandruff, but that is not entirely correct. Dandruff is actually a mild form of seborrheic eczema. With seborrheic eczema, the flakes are often somewhat yellowish in colour and have a waxy/greasy feel. It is estimated to affect 5% of the population. Different names are used for seborrhoeic eczema, such as eczema seborrhoicum and seborrhoeic dermatitis. 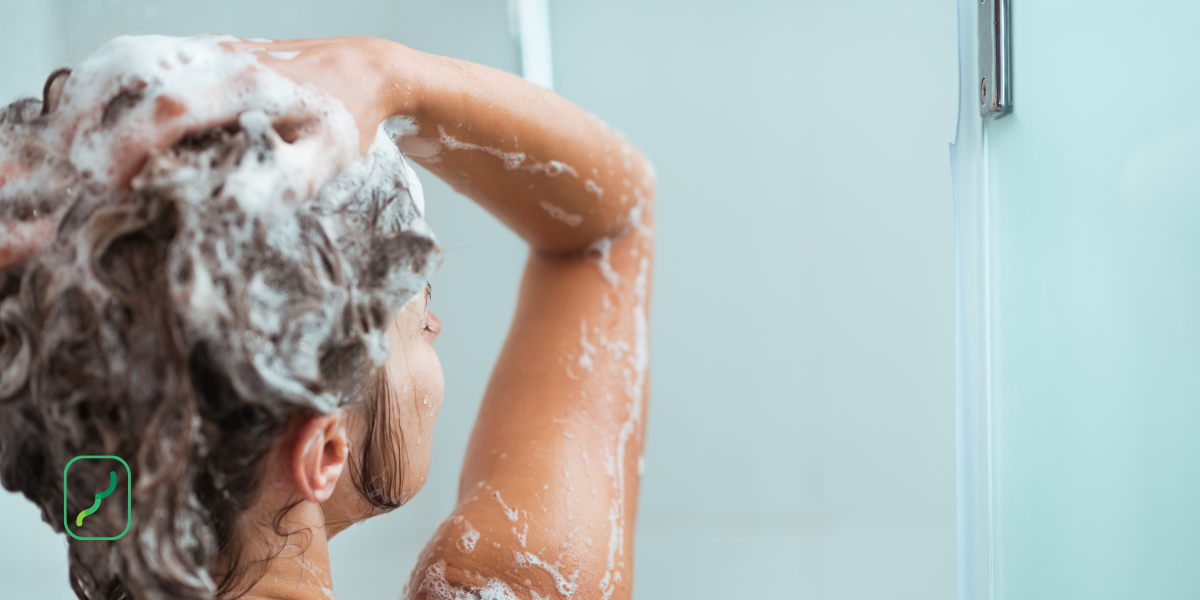 Seborrheic eczema and the scalp

Seborrheic eczema usually develops at the beginning of puberty and is not contagious. The eczema is caused by a change in the skin's grease, also known as sebum. When this sebum changes, the yeast cells on the skin are likely to grow faster. Everyone has yeast cells on their skin, but if there are many, they can cause inflammation of the skin. The course of seborrheic eczema is variable, with quiet periods alternating with times when it is more active.

It is not known exactly what causes seborrheic eczema. What is known is that the yeast Malassezia furfur plays an important role. This yeast is found on the skin of many people, but it causes an inflammatory reaction in some. Other causes may include:

Not only can stress and cold be a cause, but they can also make eczema worse. It is also common in babies. About 70% of all newborns can be affected. Then it is called Cradle Cap.

Seborrheic eczema is generally a chronic condition. You will always have to watch out for it and treat it. As mentioned earlier, it can flare up in intervals. If it persists for a long time, it can also have a negative effect on the health of the scalp. It is here where hair loss is associated with seborrheic eczema. The increased oil production causes irritation and inflammation of the scalp, leading to severe itching. Scratching the skin can damage hair follicles, hindering natural hair growth and causing hair loss.

The right treatment for seborrheic eczema

Fortunately, there are plenty of ways to tackle the flaking and itching caused by seborrheic eczema. The best-known remedy is ketoconazole. This is an antifungal agent with a proven effect against dandruff and fungi. However, slight side effects have been reported with the use of this agent in shampoos. In some cases, people experience skin complaints such as itching, burning, redness and flaking. It is also unwise to stop treatment abruptly. This again causes irritation because the skin has become accustomed to the treatment. Another option is called Piroctone olamine. It has a similar effect as ketoconazole and is also known under the brand name 'Octopirox'.

Read more about the effect of piroctone olamine compared to ketoconazole here.

Neofollics shampoo is a shampoo that contains Piroctone olamine and promotes hair growth. In addition to 12 hair growth stimulating ingredients, this shampoo also tackles scalp problems such as seborrheic eczema. It soothes the scalp, is effective against dandruff and lays the foundation for healthy hair growth.

Only want to tackle seborrheic eczema? Then Neofollics has the Scalp Therapy Line. It provides relief from various scalp conditions, including seborrheic eczema, dandruff, flakes and irritated scalp. The Exfoliating Shampoo is clinically proven to provide relief through its high concentration of active ingredients.

A shampoo and conditioner specifically designed to address scalp problems and be effective against dandruff, and can provide thicker, fuller hair.

Daily use of camouflaging hair fibres Traction alopecia: hair loss caused by tightly styled hairstyles Going bald at 20 – What now? Transgender woman with hair loss? What are the options Hair loss because of weight loss? Help! Apart from weight, I am also losing hair Hair loss in people with frizzy hair Curly Girl method and hair growth Hair loss after corona? What to do Does caffeine shampoo work against hair loss? How does beard oil work? Rogaine versus Linn Pharma What to do about frizzy hair? The best hair oil for your hair Can you make your hair grow faster? You spotted a bald spot on your head. What now? Flakes on the scalp, but not dandruff? How to best use minoxidil for women? Advice for when dealing with an itchy scalp Suffering from dry scalp? Dandruff in your hair, what to do? 5 tips for a fuller beard(growth) 4 steps to prevent dry and damaged hair Top 3 easiest treatments for hair growth 2022 Summer tips for your hair: useful tips against hair loss in the summer SugarBearHair Vitamins: do they work?