Neoxyl® is a hair growth complex that can be found in the Neofollics lotion. A hair growth complex is a combination of active ingredients. The 10 active ingredients in Neoxyl® have been selected to tackle hair loss in multiple ways based on scientific research. Neoxyl® has been specially developed as an alternative to Minoxidil and other hair growth lotions. Minoxidil is a medicine traditionally used to prevent hair loss. However, it has only limited effectiveness and has many side effects.

Hair growth molecules
Neoxyl® contains three important hair growth molecules, namely Adenosine, Vividine® and Aminexil®. These molecules have a similar molecular structure to Minoxidil, but together provide a broader approach to hair loss and have virtually no side effects.

Neofollics lotion with 7% Neoxyl® has been clinically tested in various scientific studies. The results of these studies show that it has a positive effect on hair growth and that it is a good product against hair loss.

In a long-term study on users with hair loss, it appears that Neofollics lotion with 7% Neoxyl® can cause a reduction in hair loss and an increase in hair density. Significant improvements were seen in all major employment rate gauges. 92% of users indicated that they saw improvement in their hair growth or hair loss. 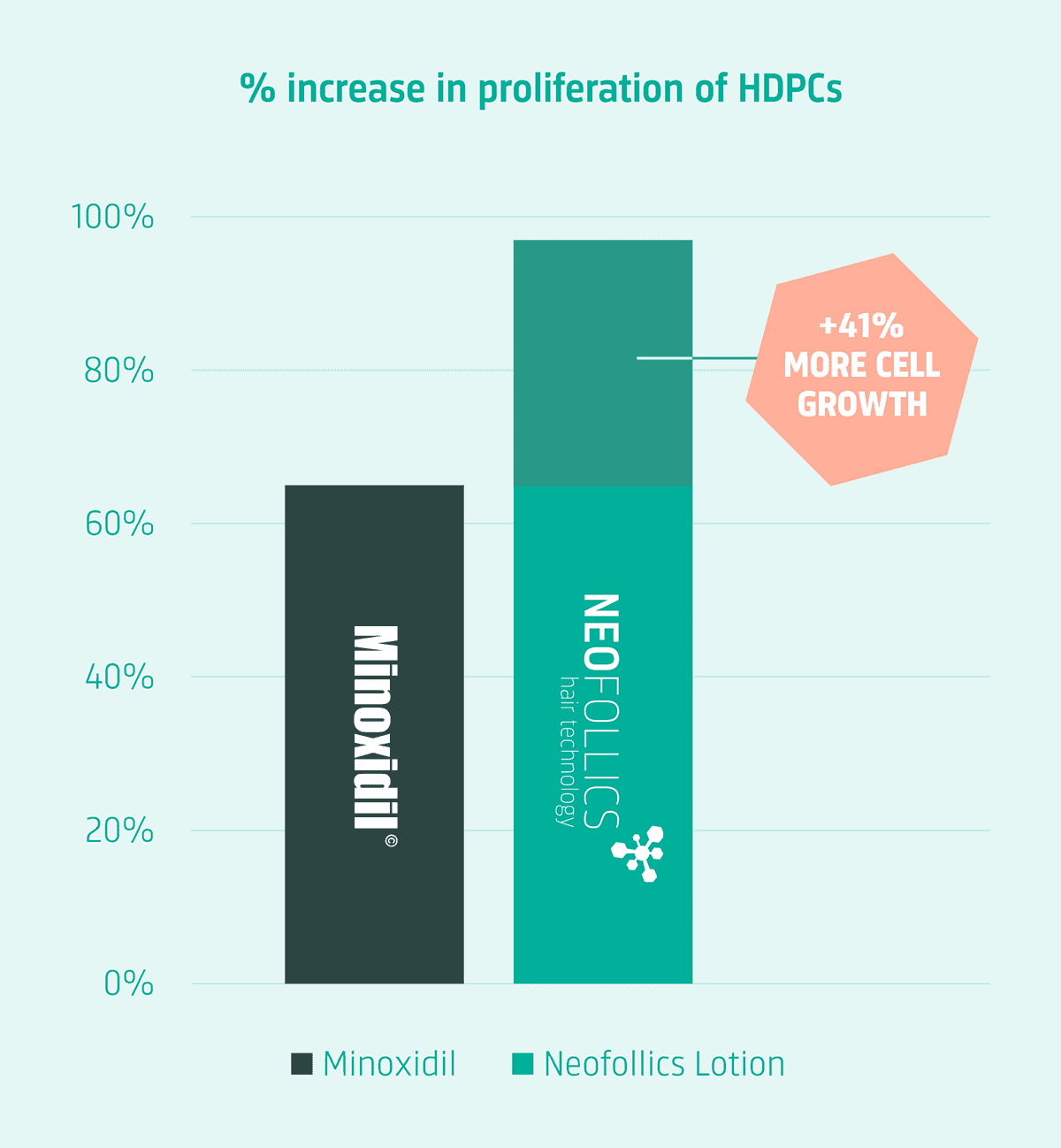 The effect of Minoxidil has also been measured for comparison and showed an increase of only 68.3% in cell growth. The Neofollics lotion has a + 41% higher value than Minoxidil. This comparison points to a greater effectiveness of the Neofollics Lotion.

Neofollics lotion with 7% Neoxyl® is available from the Hair Growth Specialist.